More people than ever are turning to bicycles as another mode of transportation – a viable alternative to driving cars or even taking public transportation. Because of the popularity of cycling, we see major cities starting to pay attention to and accommodate the growing bicycle population by trying to make their streets and roadways more bike-friendly. Of course, finding sources of funding has become an issue in many places. As a result, some lawmakers have suggested that bicyclists pay an extra tax – cycling taxes-  in order to use to use the roads – roads they in all likelihood have the right to use anyway. 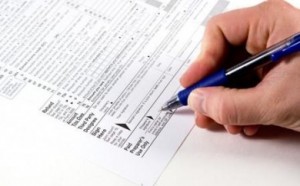 In Chicago, for instance, a city council woman recently suggested imposing a $25/year cycling tax. Hers is not the first such proposal; similar ones have sporadically popped up throughout the country as lawmakers continue to search for ways to increase their revenue streams. Other cities have successfully imposed some sort of tax or fee on the cycling community. For instance, in Colorado Springs, individuals incurred a one-time fee ($4) when they purchased their bicycles, with the money going to improving various areas of bicycling infrastructure. Notably, it was the Colorado Springs cycling community that proposed the fee, which has existed since 1988.

One argument that seems to have resonated with the general (non-bike riding) public is that cyclists are not paying their fair share . . . that they are “stop sign-running freeloaders.” That viewpoint is flawed. First, most, if not all of those who choose to bike as a mode of transportation probably also drive cars or own property, meaning that they are already paying taxes, with money going toward improving and fixing the roads. Second, bicycle lanes are already part of the road. If bicyclists are already paying taxes for road upkeep, how can the proposed double taxation be justified? Third, biking is a form of exercise. More individuals biking could lead to a healthier population, possibly translating into a more productive workforce. If individuals are healthier, they would not need to take as many sick days and thereby decreasing health costs.

One might think that because bicycles have so little impact in terms of damaging the road surface that law and policy makers might encourage MORE people to use bikes as a healthy alternate mode of transportation, instead of suggesting a bicycle tax as an alternative to raising taxes on other items.

If a proposal similar to the one made by the Chicago city councilwoman was made in East Lansing, Lansing, Grand Rapids, Ann Arbor, or anywhere in Michigan for that matter, how do you think it would be received? How can Michigan towns and cities make their areas more bike-friendly?